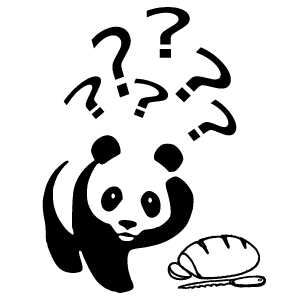 The randomness that ensues when I’m allowed to create, unconstrained

As many of my friends know, I am a fan of randomness and silliness. The more ridiculous and seemingly unmotivated, the better! Couple my infatuation of the absurd with my mind’s ability to naturally wander down endless rabbit holes of barely connected logic, and it seems I can concoct wackiness that even I sometimes don’t understand. It pleases me all the more. :)

However, often times I recognize it’s not appropriate to be so nonsensical. I have to curb myself so that I can properly integrate with ‘normal society’. In presenting oneself as a professional, whether that be a freelance sound man or a server administrator, one does have to act a bit ‘professional’, though I can often be a little more relaxed with that as a Sound man because, let’s face it, film people are often just as crazy :P

In one of those rarer moments when I’m presented with a challenge to be quite creative, but with no bounds, the story “The Search For The Missing Bread” was formed. It’s the beginning to a story that isn’t finished, though one day it may, and embodies preposterousness in all it’s beauty. I haven’t had this much fun since the last time one of these moments occurred, with Commander Badass. If you want to read the back story of where this originated, scroll to the bottom of the page. And so, without ado, here is the story:

It all started on a balmy November afternoon. The sun was high in the sky and I knew it was going to be a bad day when the panda bit my 2nd favorite drinking arm. I looked past the patronizing stares of my cousin Brittnie. I knew she would never embrace me, my lifestyle, or my friend Ling-Ling the panda. I didn’t care. I knew that what I did with my life was right for me. And today wasn’t about me. It was about mystery and adventure - of the missing bread. My cousin had come to me, judgmental looks and all, for help to find her missing supply of homemade breads.

In the town of West Festeros, panda attacks aren’t that common but certainly more so than bread theft. People around these parts respect their fellow man and their delicious pastry based confectioneries. It comes from good wholesome values and chlorine in the water. When you grow up with those two things, you learn to avoid high radioactive areas and stealing bread. We’re not Oliver Twist and we’re not in a Doris Day movie.

Brittnie being family, I knew I couldn’t turn down the job, no matter how much she refused to make my favorite unleavened bread at holiday gatherings. I’m not Jewish; I simply prefer the taste. And so my journey begun. I poked around for clues in the usual spots, turning over rocks in the lower trenches of the city, hitting up my contact in the spoil-able foods black market: Johnny “Sugar”. He claimed his memory was a little fuzzy, he always does after coming down from one of his famous desert benders. It look a little hostess-inspired payment, but his memory cleared up for him. He pointed to a newcomer in the market, a shady individual by the name of “Angel Cakes”. These nut jobs never seem to be that creative. So goes the life.

It turns out that ‘Angel’, as I’ve dubbed her for the sake of brevity and my own sanity, recently took a very convenient sabbatical from the oh-so-glamorous life of wheat-based pilfering. Apparently a new influx of cash and a desire to run had lead her to Ecuador. I suppose her logic was that if it was good enough asylum for Edward Snowden, it was good enough for her.

Sheesh. This investigation was taking a turn for the worse. A non-extradition country, some odd-thousands of miles away. When you run Angel, you run good; but I’ve never backed down from a hunt, and I certainly won’t be telling my own flesh & blood that I failed her. I could never live that down during the holidays. The incessant nagging from mama would keep me me from enjoying the yearly jello mold I always look forward to.

And so, for all the delicious rainbow fruit goodness, and my own pride, I set out to follow Angel’s trail. Only one problem though, Ecuador is a long ways away and I’m just a private eye scrapping his way by. How in the world was I supposed to afford this kind of trip on the salary I get of, what equates to, toothpicks and water?

There was only one obvious solution here: make a short film. The idea struck me like a bolt of lightning from the skies themselves. It fit so perfectly, I grabbed the nearest light bulb to see if it that’s what truly happened. My accumulated voltage in my body wasn’t enough to illuminate the incandescent glass globe, but I knew it was still the right idea. Ling-Ling and I would make the greatest short film known to man, earn the funds needed to chase down this perp, and set the world right.

However, the grand ideas of restored honor of cherry jello came crashing down as I quickly discovered that someone had beat me to the punch. In my pre-production phase, I learned that “Apocalypse Rock” was slated for filming soon, and had already begun it’s garnishment of backers to turn it all into a reality. After reading the synopsis, viewing the Director’s notes, I knew the greatest short film had already been found.

My squandered pre-production man hours and thousands of investment dollars paled in comparison to the shattered dreams. Without the cash necessary from my, would have been, movie’s blockbuster success, I’ll never be able to follow the rabbit trail. Angel Cakes will be the first to ever elude my grasp. My reputation is ruined in the business, my honor is broken with the family, and delicious jello molds will never adorn my fork again.

Damn you Apocalypse Rock! Damn you!

“The Search for the Missing Bread” or “How Apocalypse Rock Ruined My Life” started as a text message to my cousin Sarah to troll her. We have a family group text message chat going and she’ll wake up to dozens of new messages. She would complain she’d have so many that it was like work to read so far back just to catch up. I thought it would be fun to spam her phone with a whole story. Each new message would advance the story further and make her go “what the hell am I reading” as she scrolls backwards to catch up. It was a success of randomness.

It was then re-purposed and greatly expanded on for helping my friend Brian Pennington’s film Apocalypse Rock. He had an Indiegogo campaign to get financing for their next film. ‘Indiereign’ was doing a promotional contest for ‘project of the month’. The judging was based on a ‘comment face-off’. So, I took my developed story, greatly expanded on it, tied it all in, and submitted the most outrageous comment on the page. Not sure how much it helped, but the point is I had fun doing it while helping a friend out :)