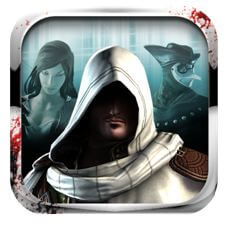 Here is the demo video for Ubisoft’s Assassin’s Creed that my buddy Anibal and I worked on:

That’s right, its an April Fool’s day prank! Anibal and I worked on the visual effects and they used my house for all the Girl gamer party shots (as well as the table crash). It was a ton of fun making it and a lot of work to pump out in only a few short weeks.

I was brought on board for this by my good buddy Jason Krznarich. His girlfiend is Kim/Saber with Ubisoft’s all-girl gaming squad: The Frag Dolls. Kim & Jason wanted to make a really great April Fool’s day prank for Ubisoft. Jason being the well-connected man that he is, gathered up all his resources including myself, Anibal, and Brian Pennington of DUO Media Productions/Star Wipe Films.